Melbourne is home to many world class sporting venues and arenas, many of which are covered on our Melbourne sports tours. To help you become familiar with them check out our guide below.

Since it's formation, the MCG has hosted many of the world's greatest sporting events including international cricket (and the first-ever Test match), VFL/AFL Grand Finals, International Soccer featuring stars including Cristiano Ronaldo, Lionel Messi and Neymar and, of course, the 1956 Olympic Games and 2006 Commonwealth Games.

Australian World Cup soccer qualifiers, State of Origin rugby have also taken place in the venue as well as music and entertainment events (most recently WWE Super Showdown and Eminem) with even Pope John Paul II holding a mass in the venue on his 1986 visit to Melbourne.

With a capcity of 100,000 and with the status of being one of Australia's most beloved buildings, the MCG holds a special place in the heart of all Australians. 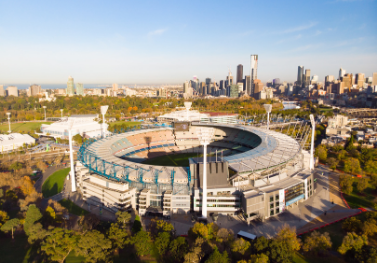 Located on the site of previously dormant wasteland of Melbourne, the Docklands was seen as the perfect location for a new stadium as it presented ready-made access to existing public transport and roads, as well as significant space for car parking.

Construction on the venue began in October 1997 and was completed at the start of 2000 with the first AFL game of the new millennium taking place between Essendon and Port Adelaide. 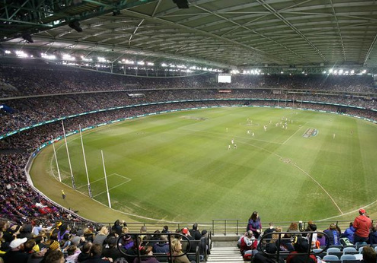 Located on the site of what was previously Ashton's Circus, Rod Laver Arena and Melbourne Park is famously home to Australian Open every January as well as a number of sport and entertainment events throughout the year.

With the Arena being built in 1988, the site immediately became the focal point for the Australian Open (which until then was held in Kooyong) and other indoor arena events the city would go on to hold. At a price of $94 million, the site featured the 14,000 strong centre court which included the first retractable roofed venue in Australia, as well as 15 outdoor tennis courts and the famed National Tennis Centre.

Having undergone two multi-million dollar upgrades since then, Rod Laver Arena and the Melbourne Park site has been home to incredible events. As well as the only Grand Slam of the Asia-Pacific region, it regularly holds NBL Basketball matches, Super Netball events, Gymnastics, Ice Hockey and music concerts making it one of the world's most versatile venues. 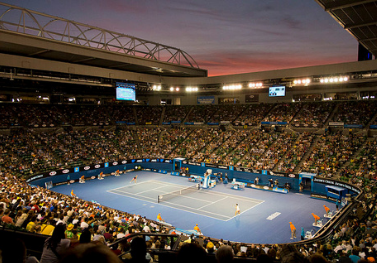 on the EziWeb CMS platform.